Under the cutest surface is hiding a terrifying story in the Doki Doki visual novel. Everything seems to be inviting you to a very traditional visual novel from the first sight, from the dog’s-eyed anime girls to nice soundtracks. There are no doubts you’re going to play a traditional dating simulator.

The terrifying horror core is hiding under the cute visual novel surface. A traditional anime plot makes you to play a role of guy in Japan, whose childhood girlfriend invites him to join their literature club. It is full of beautiful young girls in Japanese school uniform.

You are going to spend much of your time playing mini-games. They will require you to write poems, based on the list of special words. In the literature club you will discuss your poems, and listen to the poems of other members. Subjects to the words you choose, you will be more connected with one girl or another. Each of them has her own personality, very deep and difficult. Their poems will show you who they are, listen to them attentively.

You are going to see the caution as the game starts, and don’t skip it, think well whether your psychic is strong enough to cope with the depressive girls and save their lives. Once you feel something goes wrong, you should know, it eventually will. However, it will be too late to improve the situation. Be careful with your decisions, they might take you somewhere you didn’t want to. 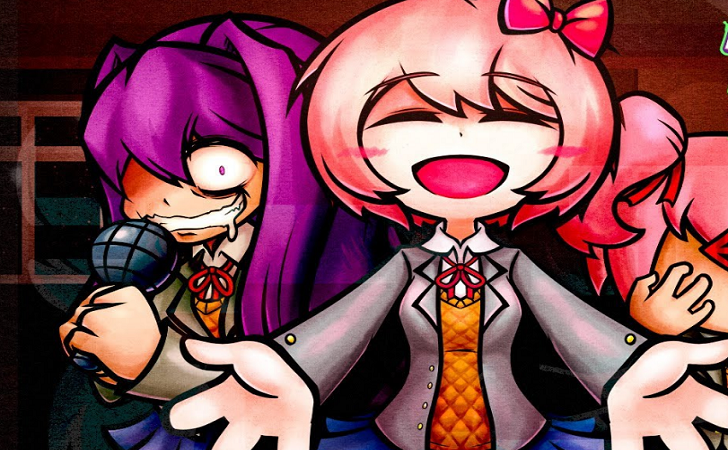